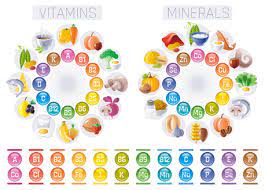 Niacin is absorbed in the stomach and upper intestine. It is excreted via the urine and is water-soluble.

Niacin may be synthesized from the amino acid tryptophan with the aid of vitamin B6 in the body. However, it is also contained in foods such as liver, meats, fish, whole grain and enriched cereals, beans, peanut butter, nuts and peas.

Niacin deficiency may occur in individuals consuming diets based on corn, where tryptophan is limiting. Deficiency is known as pellagra, including fatigue, anorexia (lack of appetite), irritability and depression. In parts of the body exposed to sunlight, a scaly dermatitis (skin irritation) may occur. In addition, glossitis (inflammation of the tongue), soreness, burning sensation and ulceration of the mouth may occur. Diarrhea and dementia occur in more severe forms, resulting eventually in death.