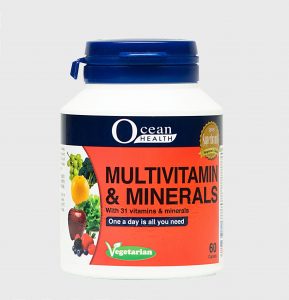 Your mother probably gave you many great pearls of wisdom, among them the advice to always take your vitamins. But she didn’t mean for you to overdo it. Studies warn that the overabundance of extra vitamins and nutrients in the body may not be as good for the body as previously suspected. Studies also indicate that approximately thirty-five percent of adults swallow multivitamins on a regular basis. Check out why these extra nutrients might not be as great as once believed.

LUNG DISEASE. Scientists from the University of Washington point out that multivitamins don’t protect against lung cancer. In fact, too much Vitamin E can increase the risk of contracting the disease.

DIABETES. Despite the fact that Vitamin K and thiamine have been shown to reduce risk factors, scientists warn that selenium in vitamins may increase the risk of developing type 2 Diabetes.

PROSTATE CANCER. According to a study published by the National Cancer Institute, too many multivitamins have been shown to increase the risk of developing a not-so-rare and fatal type of prostate cancer.

LONGEVITY. Contrary to popular belief, multivitamins have been shown to actually increase your overall risk of mortality. We’re all going to die, but we don’t want to swallow horse-sized false hope in the process. A Danish review of 67 studies involving more than 200,000 participants gives credence to the point of increased mortality associated with vitamin supplements. After analyzing the data, Men’s Fitness Magazine researchers point out that the studies show people who took vitamins were 4% more likely to die during the course of the study than their non-consuming counterparts. Wow.

If you consume plenty of fortified cereals and breads, and eat well, then you’re likely getting all of the nutrients you need. If your diet is a little more lacking, then a multivitamin may be a little more necessary. If we can’t get everything we need from our diet, then let’s allow nature to make up for the rest as the New Year approaches. New Year, new goals, and a new natural healthy lifestyle to achieve.