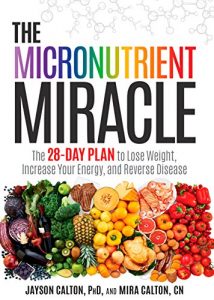 One of the major criticisms of evidence-based medicine is that evidence obtained from one setting is inappropriately applied to other settings. To show that a given intervention would work in variable populations, clinical trials are repeated in several different settings. However, time and resources would be saved if the impact of a given intervention could be modeled to predict outcomes in variable settings. Methods We simulated a one year 4-cell clinical trial beginning with infants 6-24 months of age and longitudinally following them for one year. A fictitious infant population (N= 1,000,000) was created using Hemoglobin estimates taken from actual recent survey data from India. Infants were randomly allocated to four groups: Three intervention groups received 15, 30 and 45mg of iron Sprinkles; and a control group received complementary foods only. Hemoglobin and ferritin levels were estimated at baseline, 6 months and one-year. Results Predicted prevalence of anemia in the control group was 71.6% at 6 months and 75.8% at one year. These correspond very closely to the actual Indian prevalence rates of anemia (72%). In the intervention groups prevalence of anemia at 6 month and one year was 52.1% and 47.3% for the 15mg group, 37.4% and 16.9% for the 30mg group and 19.3% and 5.1% for the 45mg group. To predict toxicity from possible iron overload, we used a 350µg/L cut off level of ferritin. We did not find any evidence of toxicity even at the highest iron dose. Conclusion This methodology gives useful prior insight to clinical trials and might also be useful for generalizing results from studies done in one setting to another thereby, impacting evidence based decision making. (Supported by HJ Heinz Company Foundation and the Canadian Institute of Health Research).